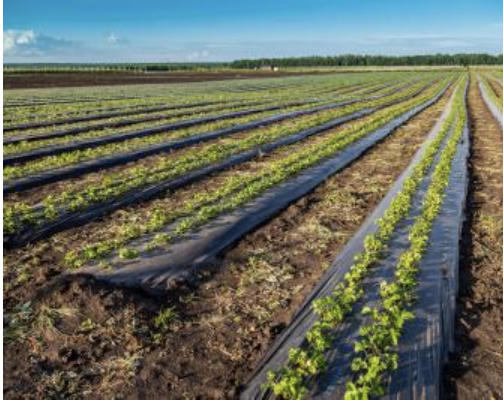 In December 2021, SML delivered its first tailor-made cast film line for multilayer agricultural film to Ginegar - a global leader in smart agricultural covers (TASE: GNGR). The line was designed to manufacture dry-melt embossed mulch films from 14 g/m² to 40 g/m, which are especially used for weed control, water conservation, pest attracting or repelling and the modification of microclimates in the soil.

“The key advantages of melt-embossed films for these applications are their flexibility and softness,” Alexander Bruckmüller, product manager at SML explains. The dry-melt embossing unit at SML’s multilayer line gives the film an equally matt surface, while the preceding extrusion process enables the production of multicolored films.

SML’s line for dry melt-embossed mulch films contributes to Ginegar’s dedication to support the agricultural community worldwide: “For over 50 years Ginegar has been investing in and continues to adopt state-of-the-art technology to remain at the forefront of the industry and provide the best solutions for our clients”, says COO Alasker Napso.

The tailor-made line comes with a state-of-the-art W2000 winder with an automatic core feeding and roll handling system. This allows the optimum production of rolls with smaller diameters, that can be easily handled manually by farmers at their fields.

A further requirement from Ginegar with regard to farming was the no-fold-back cutting unit at the winder. At roll changes, it guarantees that the film is laid at the new core without any fold-back. “For our customer, this was very important as the rolls are directly delivered to the farmers who usually are using the whole mulch film up to the last end on the roll,” Alexander Bruckmüller says.

While SML has long-time experience in manufacturing lines for dry-melt embossed cast film, the new multilayer line is a premiere that opens further perspectives for manufacturers of agricultural film.